This month consisted of a fair amount of racing in swimming, running and triathlon. Firstly I competed in the World School Games representing England for swimming. The event was held in Morocco and took place in Marrakech and Casablanca. We had a few days to settle into the environment before racing and during this time we had the opening ceremony held in the Moroccan national stadium. It was great to meet other athletes from other nations and the opening ceremony had party atmosphere about it. 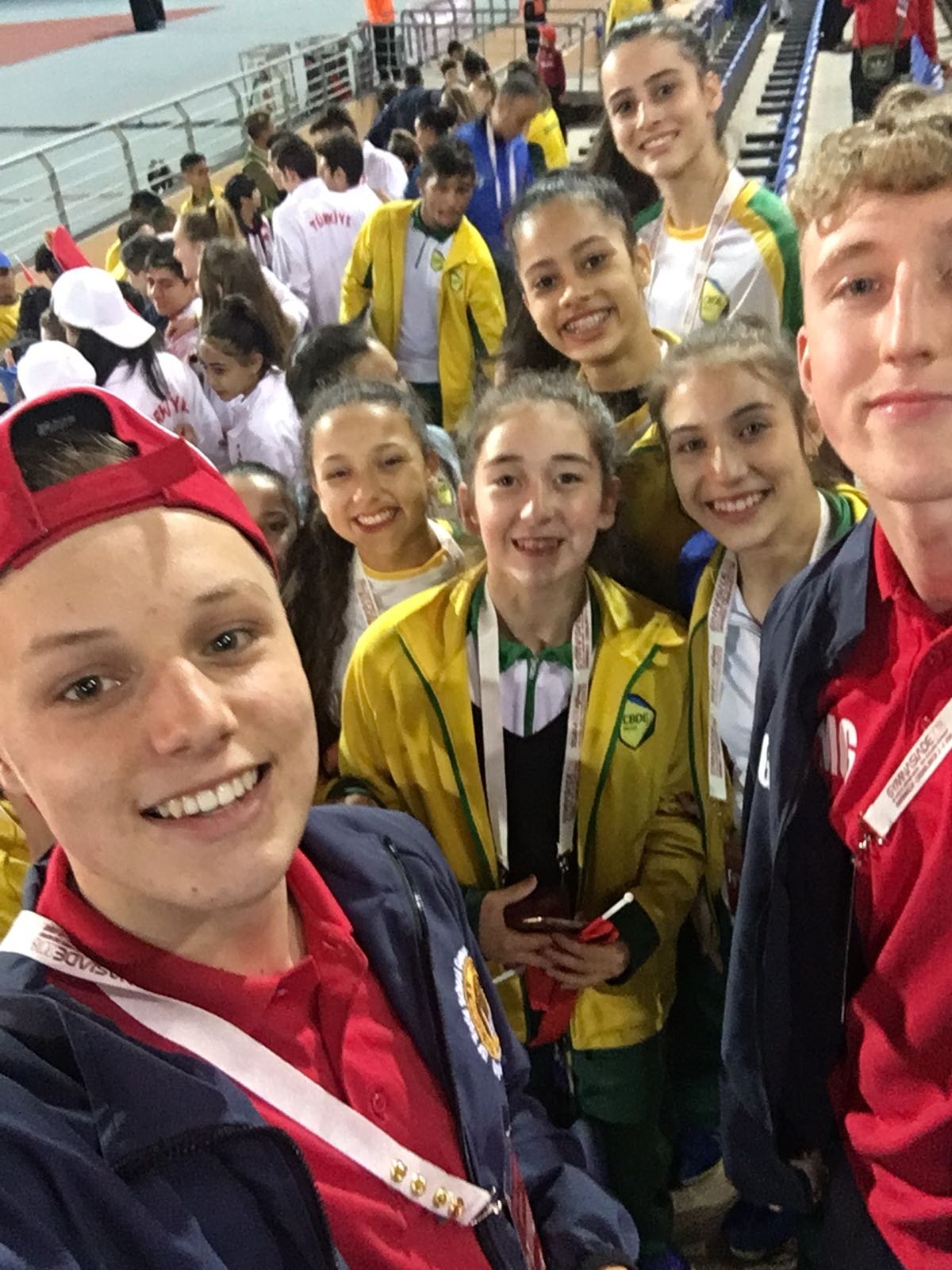 We then travelled to Casablanca where the swimming would be held. I raced in the 200m Backstroke and the 400 IM, which were both on the second day of racing. First I had the 200m backstroke heats where I swam strongly to qualify for the final fastest. Shortly after I raced in the 400 IM where I managed to squeeze into the final in lane 7 after a very tiring swim. That afternoon I was in the first final of the day (200 Backstroke) with my teammate racing beside me in lane 5. It was an amazing experience as the atmosphere was electric. After 50m I was in 2nd place putting me in a good position after going out in a 29.0. I then turned at 100m still in second in 1.00.2 with two other athletes closely behind. At 150m the Greek athlete that was leading was pulling away leaving me, my teammate and a Turkish athlete to battle for the remaining medal positions. I managed to finish in 3rd place behind the other England competitor in 2.04.8 giving the England team a 2-3. Literally minutes later I had the 400 IM where I managed to finish 7th after 200m of swimming down due to the medal presentation. Overall, it was a great week filled with new experiences, I met some amazing people and will never forget that week. 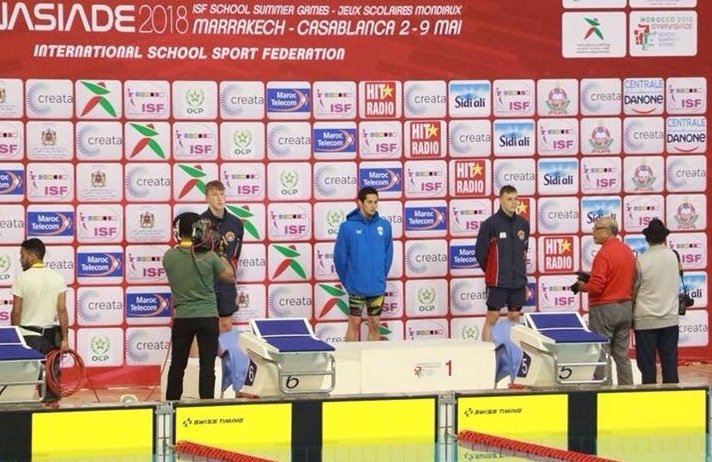 Two days after returning from Morocco, I was to race in Llanelli, Wales in a British Junior Super Series Triathlon. I wasn’t expecting to race well due to the amount of travelling I had been doing not to mention the lack of running and cycling over the fortnight previous. It was a beech start meaning that we would have to run and dive into the water instead of diving off a pontoon. I had a strong swim coming out joint first and after a reasonably fast transition I sat up and waited for the leading pack. 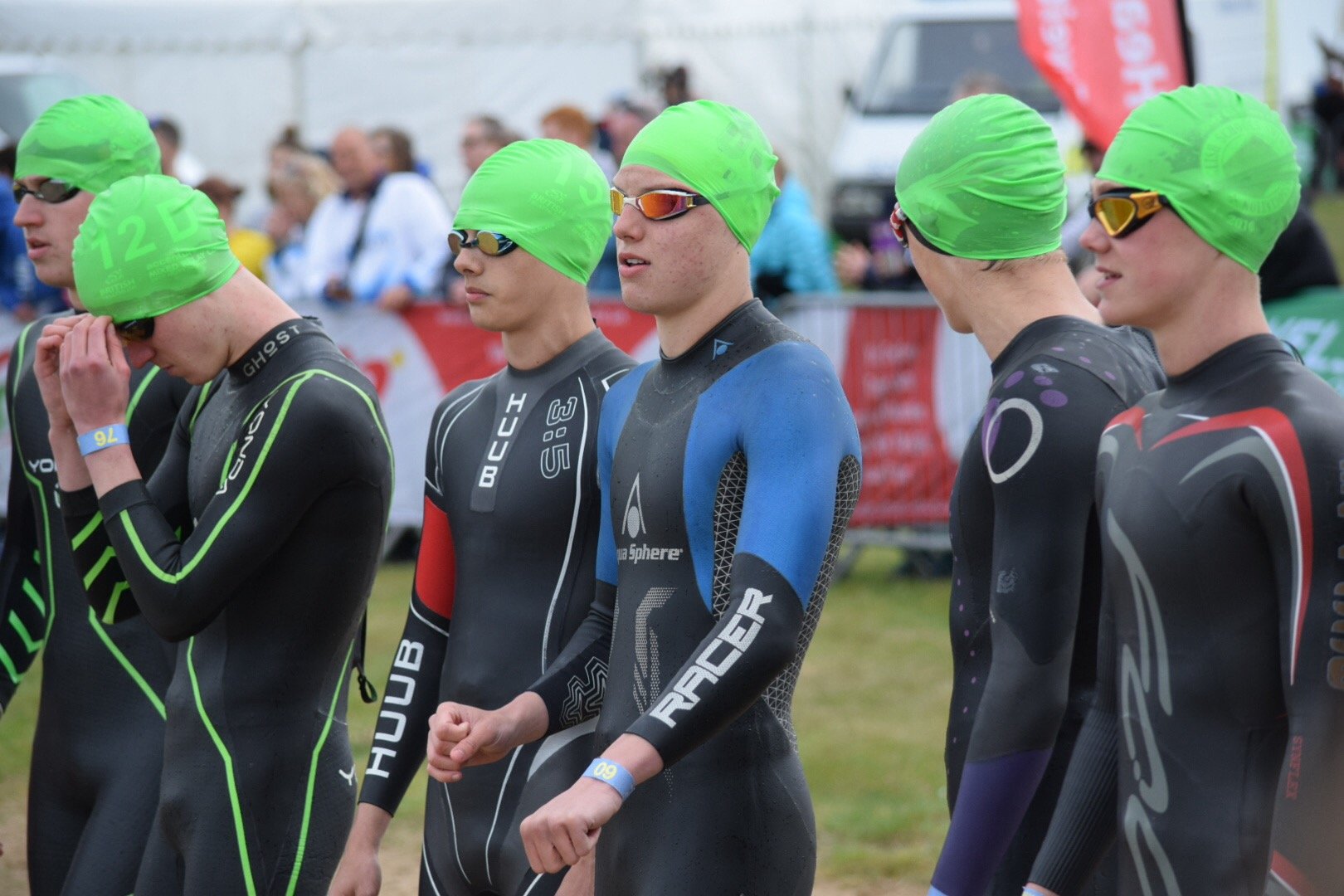 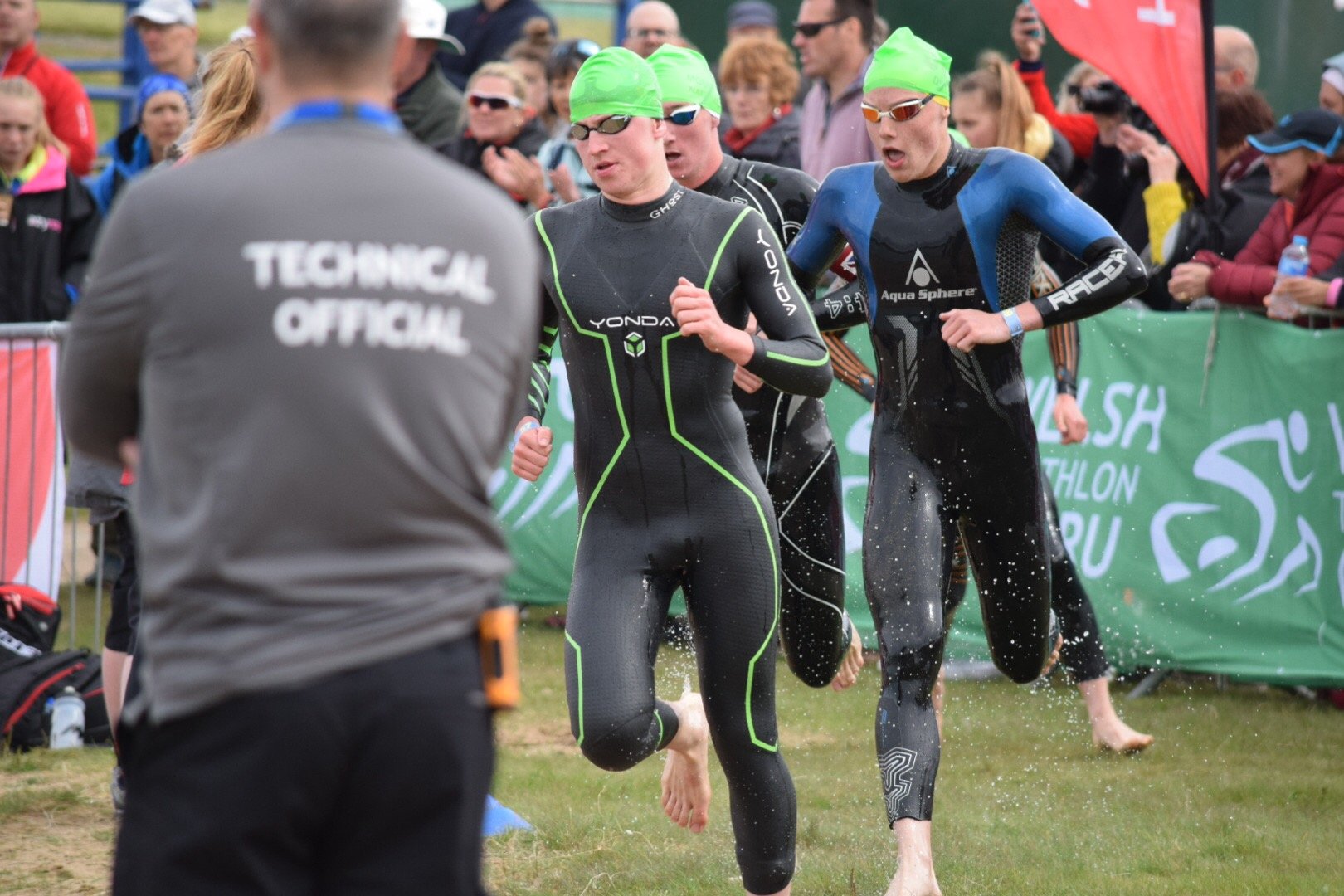 We didn’t work the best together, however, we managed to pull away from the chasing packs and gained a reasonable lead for the run. I had a good T2 (transition from bike to run) and came out first. After a solid run, I finally placed 4th. Under the circumstances with the lack of training I was very pleased with the result. 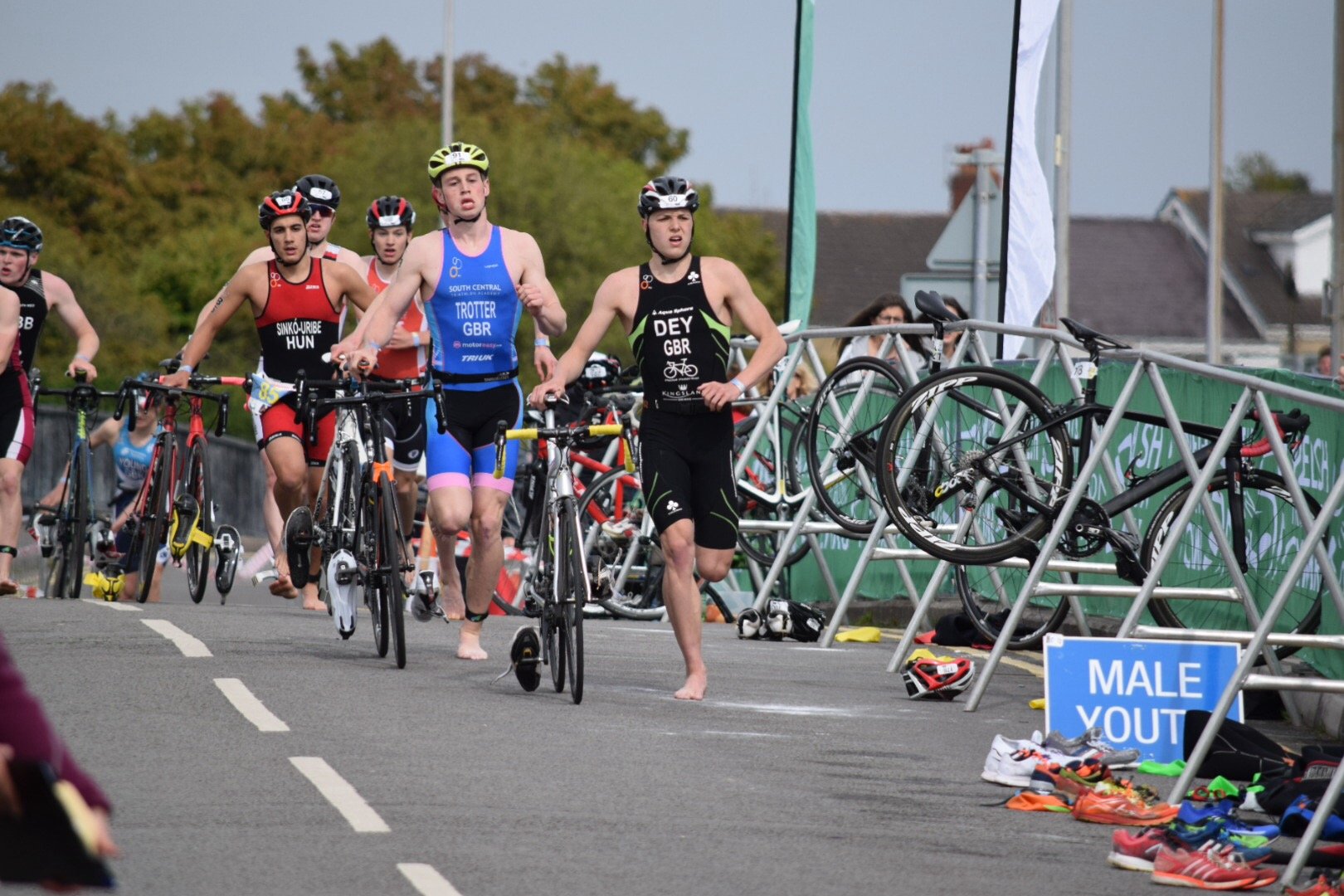 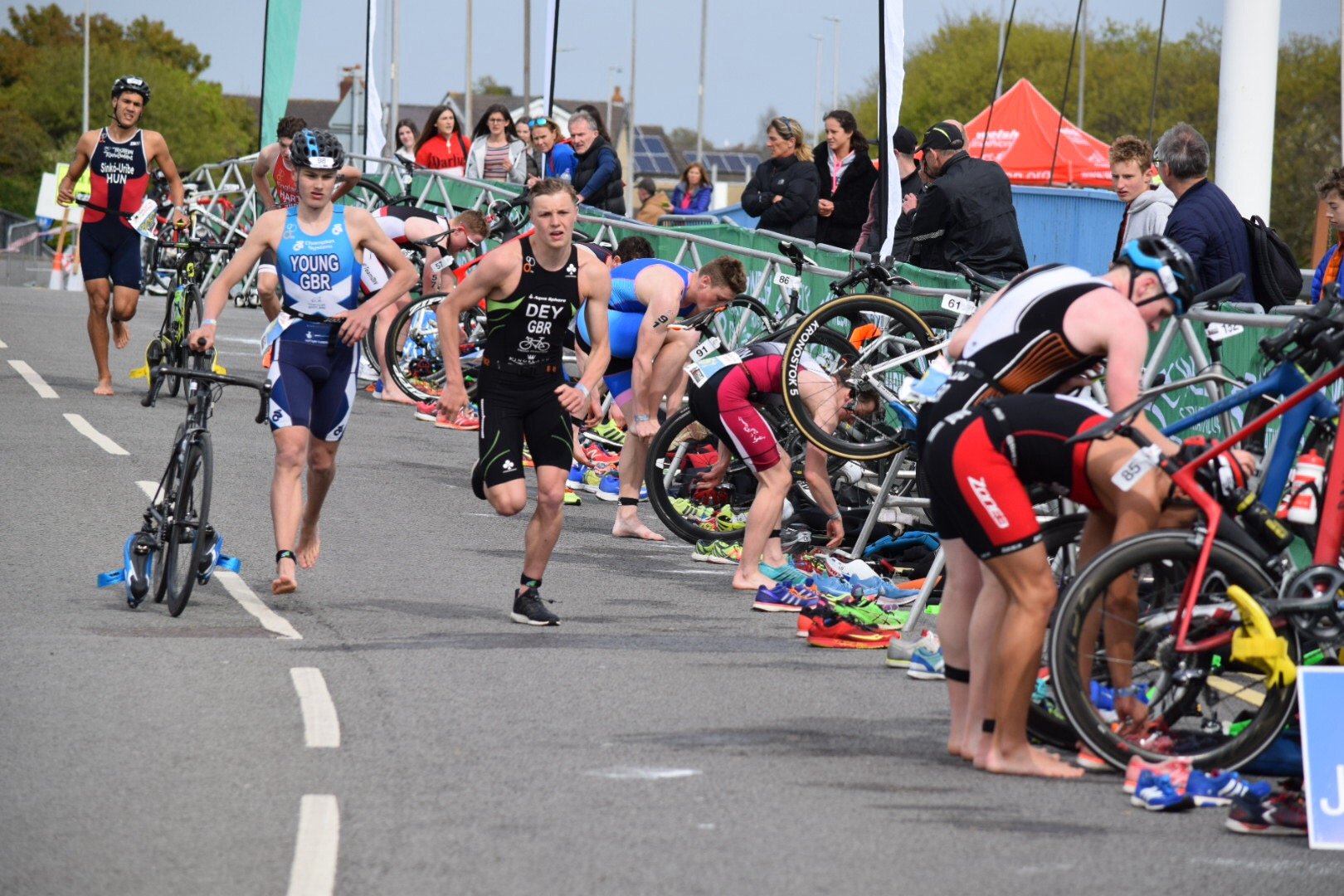 I also raced in the Manchester 10k which was another brilliant experience running with Mo Farah. Thousands of people lined the streets of Manchester as we raced and created a great atmosphere. I was racing strongly through 5k putting me on target for a mid 33 minutes. At 6.4km my calf severely cramped up and I was unable carry on, after a couple of minutes of stretching I managed to limp to the finish due to the amazing support of the spectators and medical staff. I was obviously disappointed with the result, however, I will be returning next year to make amends and hopefully improve my 10km PB. 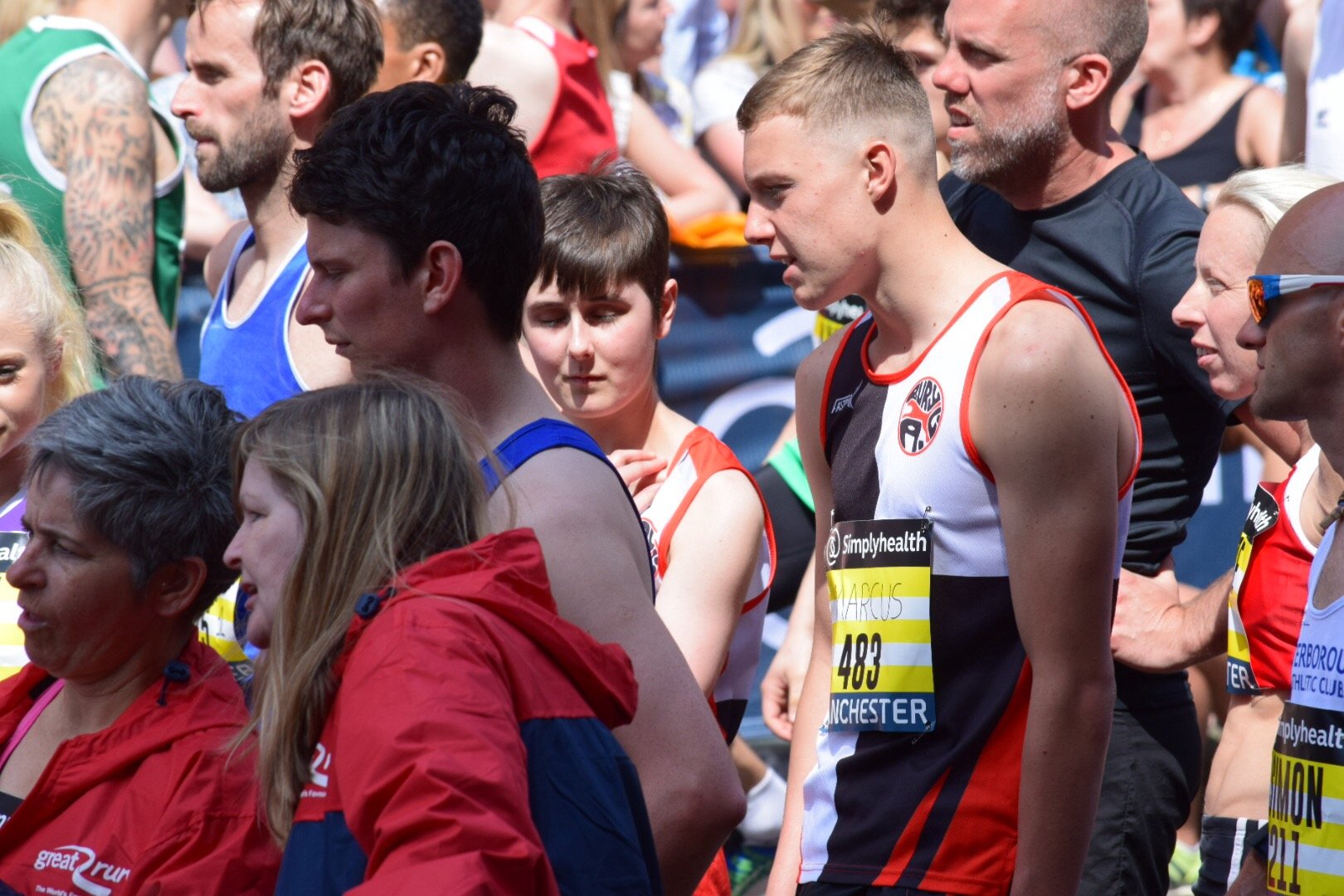 Next month will once again be a busy month and is all about Triathlon. At the start of the month I will be racing at Blenheim Palace for the first stage of the Youth Olympic Games qualifying process. If I come in the top 4 I will go to Banyoles, Spain in July to race against European competitors as part of the European Olympic qualifiers. The first Brit across the line will represent Great Britain in the Youth Olympic games, in Argentina later on in the year.

The following week I will once again be racing at Leeds in the next race of the British Junior Super Series. The race runs alongside the World ITU Championships in Leeds over the same weekend.

Finally towards the end of June I will race in Cardiff at the Cardiff Triathlon in my first elite wave start which will see the Juniors and Seniors race together. Full report and all the races will follow.